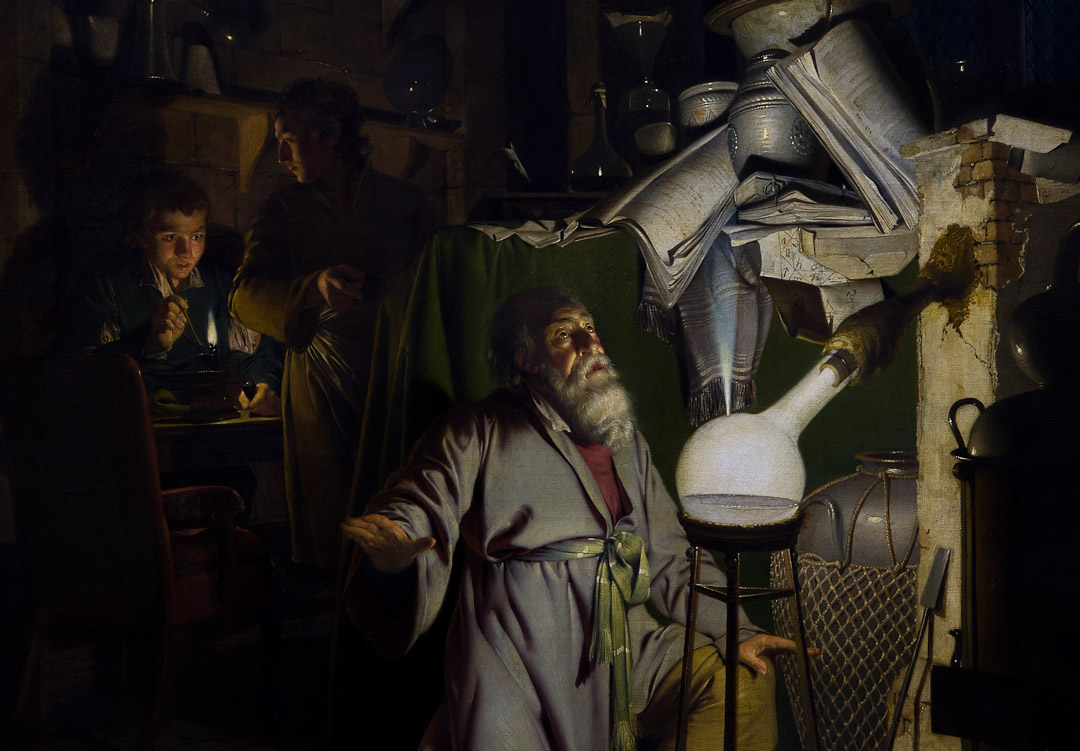 Detail of The Alchemist – Joseph Wright of Derby

Why you are the true Alchemists

On a perfect day with a pristine blue sky, un-etched by con-trails (why do they disappear some days and not others?), I found myself in a swanky part of town looking at some gold bullion. It’s pretty stuff, you can see why some people go potty over it. It has a presence and value that needs no explanation.

Back in the day there was an idea that base metal could be turned into gold through the application of alchemical processes. The Philosophers Stone, it is said, could not only turn base metal into gold but could bestow immortality, properties that even today would make it more desirable than an iPhone13.

Cynics will tell you that during the Renaissance, alchemy became a cover for esoteric practices that would have been classed as heretical by the Church, an organisation which was almost as powerful in its day as Google or Facebook. They say that the real purpose of alchemy was to realise the presence of the divine in base matter such as the self.

Artists are of course the true alchemists. They have the business of taking base matter such as a drear landscape or a couple of old pots and seeing the startling and self evident value of these things. To transform otherwise banal objects and places, words and sounds, shapes and colours in this way makes them wizards. When they then share what they have seen with others they go some way to helping us realise that it’s all perfect, every moment when seen aright is golden, each nugget of existence a glistering gift.

Gold is a medium of exchange which like alchemy, is rather forgotten about. We have no need for such things these days do we?

nb What I particularly like about artists is that they can often deliver their astounding output in spite of themselves, creating works of perfection whilst being notably imperfect themselves. Sometimes they will not even notice that they have produced something of great value to others, so familiar are they with their own insights.