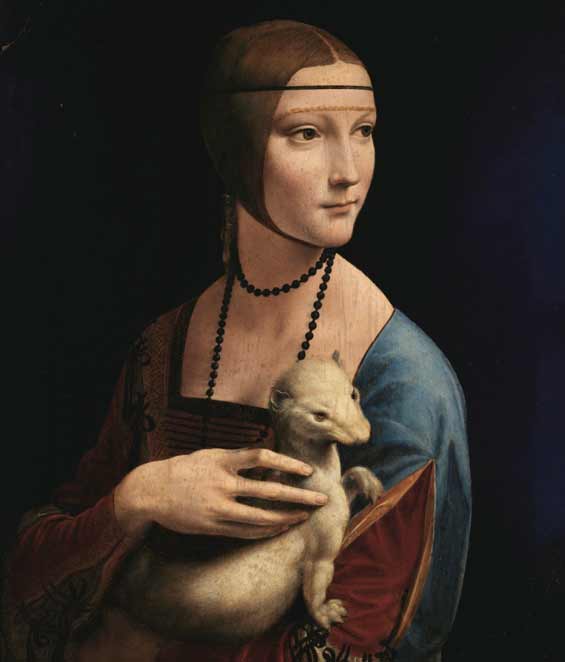 Detail of Lady with an Ermine by Leonardo da Vinci, who was rubbish at football.

On Sunday a group of plucky lads narrowly escaped becoming national heroes. I know nothing of football but I imagine they were a bit disappointed. To be fair, I was a bit despondent too, until I remembered that the Italian fellows must be besides themselves with glee, which is a rather cheerful thought. After all, I like the Italians: before we showed them how to kick a ball around, they showed us how to paint, I think that is a fair exchange.

Their exuberance and sensuality contrasted with the rather stuffy work being produced in Northern Europe, they kicked off the Renaissance and modern painting is generally agreed to have started with Titian and the Venetians, now part of Italy. So as a painter, I’m not going to ask for our ball back.

Our term ends on Saturday the 24th July and then for August we will be running Tuesday evenings, Wednesday afternoons and Saturday mornings. We hope that you will find yourself fully immunised on a beach in a green list country but if you do get left behind in Blighty, we’d love to see you in the studio or on Zoom.

Term resumes on the 6th September and we should have our tutored courses available to book on the website soon.

Theatre? Graham Cowley, who often draws with us, has a play running called Staircase running at the Southwark Playhouse. It’s a comedy that harks back to a time when being tolerant of other peoples sexuality was optional. You can read more and book tickets here